Hi everyone! Remember my mulled wine pasta recipe? This time it's a recipe for a gallon of milk that's about to expire. This method is going to be able to preserve the milk and whatever you decide to freeze the milk with.
Essentially the core of the "recipe" is: pour the milk into a mold or container of some sort. And put it in the freezer. Open it up after it's frozen (the next morning or next evening should be more than enough), thaw it out, and then enjoy!

What I did was this:
1. This is the (former ice cream) container that I put mine it, though depending on how much leftover milk you have, you might want a smaller or larger container. I also added strawberries to mine. 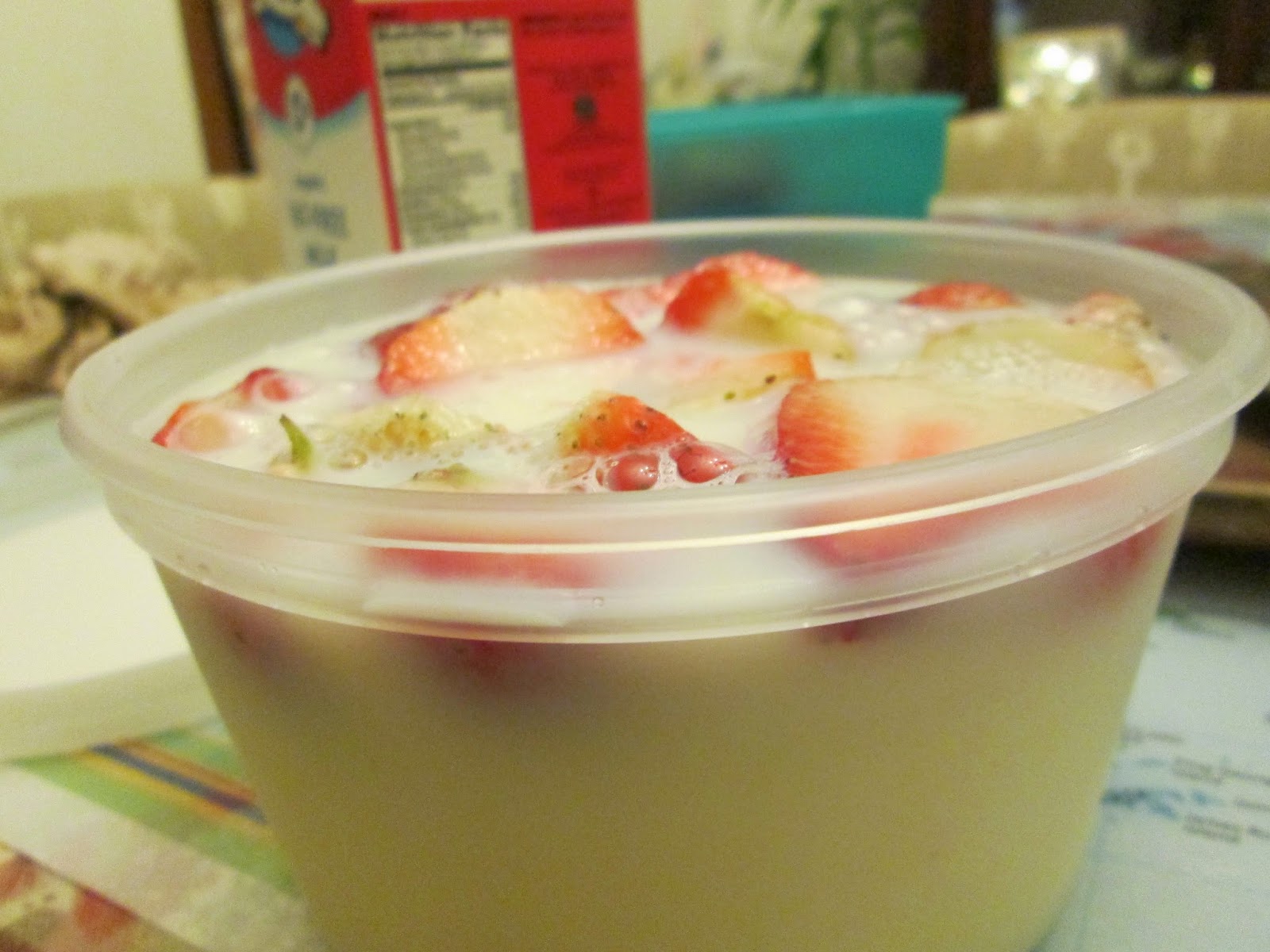 Things to consider when freezing, though: if it's whole, half, or nonfat milk. The latter two will do fine in the freezer, although it will taste a little diluted, the whole milk may or may not clump up. I also suggest cutting up the fruit to make it fit easier (and also be smaller and easier when you pry it out of the container.)

2. Next day- it's frozen! Again, the time will depend on how much you actually froze. Take it out to thaw it. 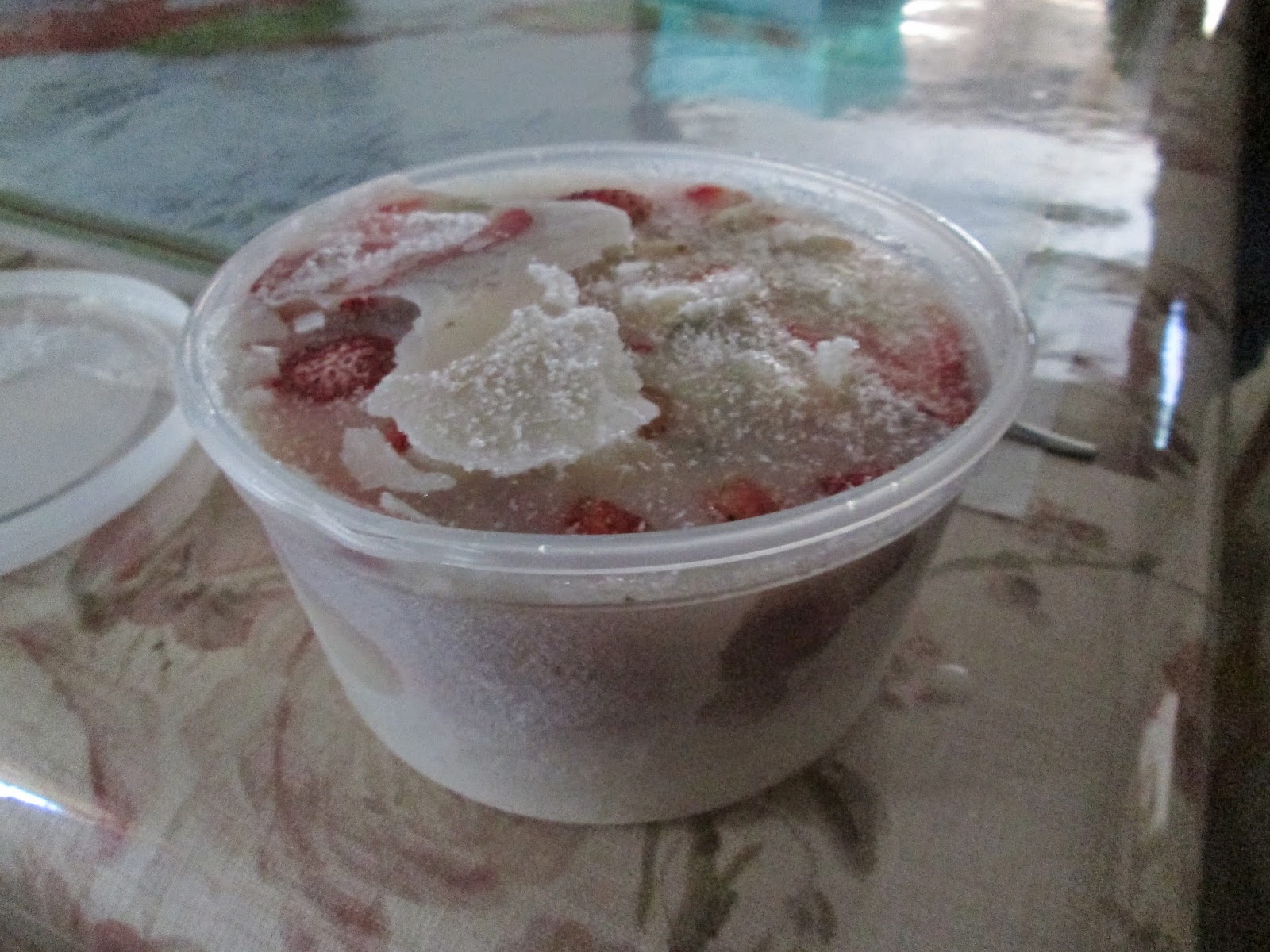 It is going to be a block of frozen solid milk with frozen solid fruit, so you can also put it in a saucer or pot of hot water to steam it, but no more than 15-30minute (or it'll be totally melted).

3. Fairly straight forward- scrape it out! 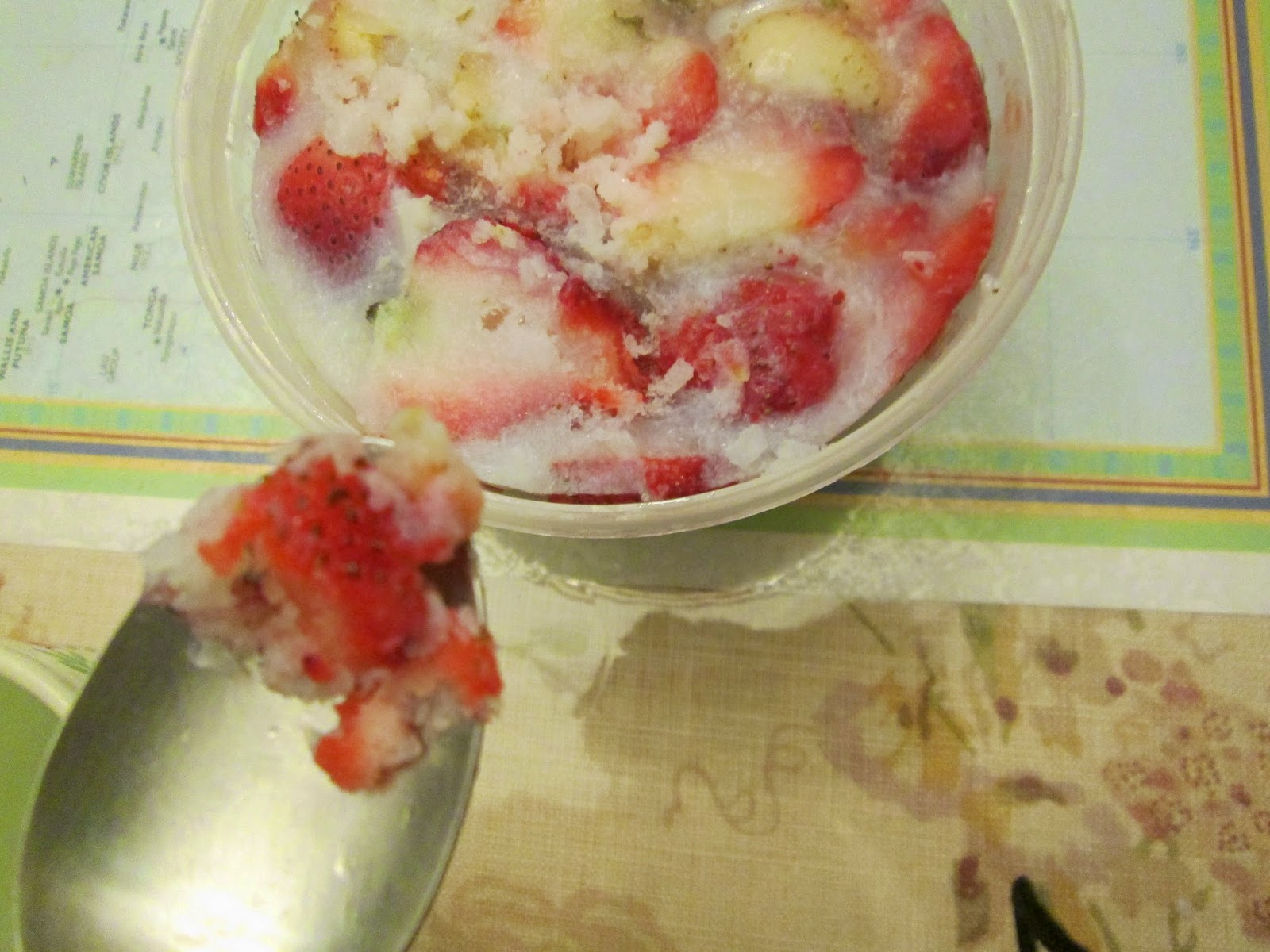 Steaming it and thawing it a little, will massively make the scraping easier. If you used a smaller container or popsicle molds, thawing it will also make the frozen-milk pop slide right out.

4. And you're done! In my final step, what I ended up doing was also drizzling it with honey, but that's totally optional, and you can put chocolate/maple syrup, sugar, whipped cream, and various other things to your tastes instead. Enjoy!